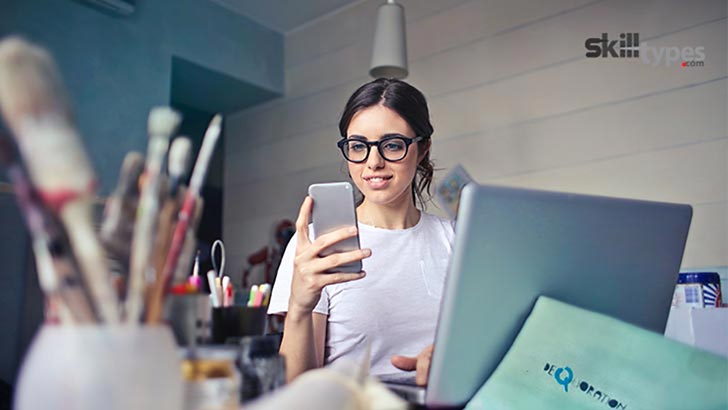 Apart from food, clothing, shelter, medical care, entertainment, and mobile phones, it also takes place as basic human needs. Everywhere, almost everyone now has a mobile phone. In nearly all countries of the world, it is rare to find an adult who does not own a mobile phone. Who doesn’t love the convenience of a cell phone? No matter where you are, your family and friends can reach you in no time by using a phone. We all talk on mobile when needed. Though, I speak on the phone more or less unnecessarily. There are some basic rules or etiquette for talking on the phone. I mean, some cell phone etiquette do’s and don’ts.

Which would be acceptable in terms of cell phone etiquette? And which is not fair? There is a lack of understanding of it.

Most mobile phone users think that they follow the etiquette of using mobile phones. But in reality, most users use mobile phones to annoy the people around them and make them uncomfortable.

In some cases, etiquette may vary from country to country. But it is essential to keep in mind the protocol to be followed internationally.

Table of Contents hide
Etiquette of talking on mobile phone
First of all, it is vital to press the number dial pad carefully.
Start talking by exchanging salutations after the call.
Certainly, introduce yourself.
Start the conversation in silent mode
Make phone calls during the day
Speak as softly as possible.
Keep the mobile off or silent during religious prayers or worship
Respect your partner
Give your partner time while sitting at the dining table
Behaviors that should be kept in mind while using mobile phones in public.
Speak softly
Use of language
Ringtones and Speaker
Listening to music
Personal conversation
Multiple tasks
Confined space
Restaurant
Flying
On the checkout line
Related

Etiquette of talking on mobile phone

First of all, it is vital to press the number dial pad carefully.

And it needs to be checked carefully before calling. Because if you call someone by mistake, he/she may feel disturbed. On the other hand, If someone’s call goes to your mobile phone by mistake, you should not be bothered. You may politely explain his mistake. It indicates your good behavior as well as the beauty of your pleasant personality. If you know you are calling from an unknown number intentionally to annoy and harass you. In that case, firstly, he needs to be warned about this. If it does not work, you can take protection in the law.

Start talking by exchanging salutations after the call.

Use simple formal and informal greetings that people around you usually use to greet each other. You have to remember, who are you talking to? In conversations where the style is going on, it is better to speak in accordance with you. If not, the most common form can be followed.

Suppose he can’t recognize you. In this case, just saying the name is not enough. You should tell your specific information so that the caller will be sure about you. Similarly, Whenever someone calls you or picks up the phone, you should confirm with the person he has called. Let the caller introduce themselves first. However, you want to permit the caller to know if he has hit the wrong number or right number. It’s why To be sure whether the recipient is the intended person or not. Otherwise, just as the receiver may be embarrassed, the caller may be embarrassed later. You know very well, calling anonymously is also a crime.

Start the conversation in silent mode

Before you start talking to someone, start the conversation in silent mode. Do not talk on the phone too loud. Doing so can disquiet the people around you. Keep talking on the phone as short as possible. The person on the other end of the phone may not have time to speak for long. If you need to talk at length, get the receiver’s permission for estimated time, so that the receiver can let you know if he is busy.

Make phone calls during the day

You can make emergency phone calls during the day. It is better not to call anyone late at night or very early in the morning. Doing so will create negative perceptions about you. As a result, he will not be surprised if he avoids you. Because at the end of the day, your desired person is exhausted. Then he does not have the mentality to listen to good words.

Speak as softly as possible.

You may speak clearly in a medium voice. Do not talk on the phone too loud. Usually, People talk three times louder than they usually would when talking on a cell phone. So when talking on a mobile phone, you must pay attention to the sound of the throat.

Your voice must not be hoarse or loud enough to disturb or annoy the receiver. It is challenging to understand again, and it is inappropriate to speak so softly. Doing so can upset the people around you.

Instead, he will speak with politeness and decency, smiling, in a heartfelt manner. In plain language, it will be easily understood at the other end if spoken in separate sentences.

Keep the mobile off or silent during religious prayers or worship

It is obligatory to keep the mobile off or silent during spiritual prayers or worship. You should not be distracted by the prayers of others.

Also, keep the phone off or vibrate when entering libraries, classrooms, meeting rooms, museums, and hospitals. Similarly, be especially careful in cinema halls or theaters. Ensure that the sound of the vibration or the light of the phone does not disturb the other audience. At this time, refrain from viewing time on mobile or writing messages. In case of essential calls, go out and talk at the designated place or not.

Suppose you are talking privately with a friend or acquaintance. Then respect your partner. When two people are talking face to face, do it with full attention. Do not send unsolicited messages or receive cell phone calls during discussions. The partner will be a little embarrassed. If there is an urgent call, get permission before accepting the call. And finish talking on the phone briefly. So that the person with you feels comfortable.

Give your partner time while sitting at the dining table

Give your partner time while sitting at the dining table at home or in the restaurant. Give importance to whatever your partner buys at the dinner table. Do not take out the mobile phone unnecessarily at that time. 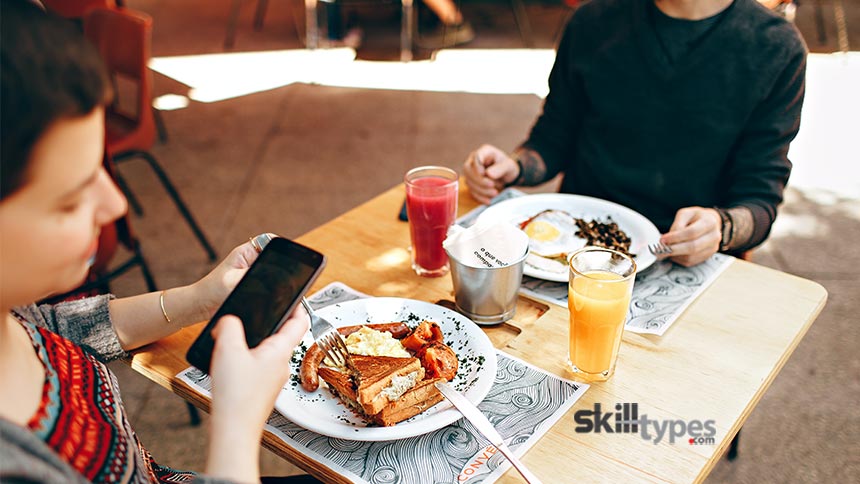 Give your partner time while sitting at the dining table

No one wants his/her partner to sit at the dinner table and spend time texting or calling someone else. If you’re going to spend time with two people at the dining table, you must put your mobile phone in silence mode and sit on it. Do not place the mobile phone on the table.

Behaviors that should be kept in mind while using mobile phones in public.

In addition to the general etiquette described above, some other considerations need to be considered. Things must be followed, especially when talking on the phone in public places.

Speak softly on the phone in public. Refrain from talking loudly or arguing on the phone, abusing. These annoy the minds of others. Speaking loudly is nothing less than being impolite. You have to mind that confidence does not depend on speaking out loud. People who talk loudly can be anxious around people. They may have anxiety when speaking in public, and their defense is speaking loud.

Be careful when using language in phone conversations. Talk while maintaining decency. Be sure to filter your language.

Phone ringtones also highlight your tastes. So be careful when choosing tones. If there is no particular need, turn off the speaker of the phone and refrain from talking. Keep the phone in silent or vibration mode when in the office, at work or in a meeting. Otherwise, the work concentration may be depressed. Disrupting the work environment is detrimental to personal careers.

Many listen to music or the radio by turning on the speakers, But the matter may annoy the person next to him. If you want to listen to music on the phone, you can use headphones. Playing loud music can be annoying for the people around you. Phones have been invented for the welfare of the people. So let every use of the telephone be beautiful and social.

Remember to refrain from shopping, transactions, or to stand in line or to talk on the phone. Maybe doing it to save time or because of busyness. But the amount of loss is more than the profit.

It is better not to talk on the phone in a confined space, such as- elevator, narrow staircase, toilet, etc. Mobile networks are less in these places, which disrupts uninterrupted conversation. In that case, you can text if necessary.

It is better to reduce the use of the phone while eating with someone or in the restaurant’s secluded environment. If you want to receive the phone, do not break the silence and speak softly. Don’t delay the waiting staff for orders. Always make yourself available to them when ordering at the table. Waiting for servers and others responsible is never acceptable to end personal phone calls. If the call is essential, move away from the table or get out of line.

Turn off your phone entirely before your plane takes off. Many airlines do not allow cell phones while flying, as this can be a security issue. There are some concerns that electronic gadgets, including cell phones, could interfere with navigation equipment, which will seem unexpected to you.

Buses, trains, and other public transport: Turn off or vibrate your phone when you take public transportation. Limit your calls to emergency calls. However, if possible, it is better not to make phone calls.

On the checkout line

If you are standing in the checkout line, do not talk on the cell phone. Then when you speak, you will be rude to everyone around you. It will be disliked by everyone from the customers present to the cashier. You can wait a few minutes to talk on the phone. Do not start a call while the line is standing if the phone rings because you have to be ready for checkout.

Tags:etiquette
previousWhat are the qualities of a good student should possess
nextWhat are the three key elements of good customer service?